I feel a little overwhelmed by all the awesomeness of this weekend. No camera, sadly, but still, awesome.

Saturday:
Go Fish, a little fish shack on the seawall between Granville Island and Kits beach, with the most delicious beer battered fresh fish with lovely chips.
A long walk along the seawall to Mario's for really deliciously rich chocolate ice cream (but I wanted two flavours. They won't do it with one scoop, and two scoops was six dollars!! No way!).
Then back to Xine's house to watch a girly movie. In this case it was Definitely, Maybe. Cute. Interesting dynamic between father and daughter. I liked that it was a romantic comedy about a dude. 3/5 stars.

Sunday:
Poppy seed bagel with smoked salmon cream cheese and a cup of coffee with Xine at Solly's. I love Solly's.
THEN! Lunch with Sally at Szechuan Chongqing, which was fully delicious. I went at Lesley's behest, and it was delightful. She recommended the crystal shrimp dumplings, the deluxe tan tan noodles, and the fried canneloni with soy sauce. So much carbohydrate! So satisfying! The shrimp dumplings were huge and delicious, the noodles were the perfect spiciness, and the canneloni were the most perfect texture. Yum! Sally's first dim sum! 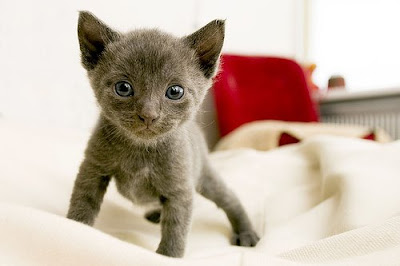 Walking along Commercial Drive, there was a tiny grey kitten in the middle of the sidewalk. A little girl was playing with it, and a man and woman stood behind her. Sally and I couldn't help but stop. "Is it yours?" I asked. She shook her head. For a minute I thought it was abandoned and alone, and I wanted to pick it up and take it home. "Who's is it?" "His," she said, pointing to the man. Sally held it for a second, and I petted its sweet tiny head. We kept walking, cooing about how much we both wanted a kitten, about how it had been so small that it couldn't even be called a kitten, but a kitty. Just looking into its perfect kitty eyes and touching it's little head touched a place in my heart that I wish were touched more often, and I said so. Saying it aloud made me feel silly, but it's true. It's the one reason I'm slightly sad that I'll be living in a residence next year: no pets. I've never had a cat, and I've always wanted one. A short haired grey girl-cat named Tsunami. I think I'll be a good cat-mummy one day. Sigh sigh.


... I leave in three weeks. I'm fitting in all the awesome Vancouverness I can (especially when it comes to Asian food; I'll go for dim sum at least once more, probably twice). Sigh sigh again.