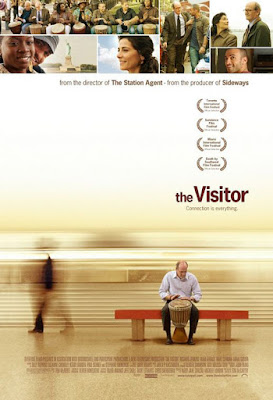 The only reason I am writing now is that I haven't in a while, and I am trying to write a paper. I am writing said paper, slowly but surely. It is 5000 words... which feels long. Especially in the days of twitter. I am treating it like a whole bunch of mini-essays. I have started a word document for each section of my paper and aim to write at least 384 words in each (I have 13 sections as it stands right now).

It sounds like not very much, but even that is a stretch sometimes.

I am writing about Teen access to sexual health information in libraries. At least I'm interested in my topic.

Alright - back to paper writing.
Posted by Ange Friesen at 2:35 PM 2 comments:

I've been "nominated" for the Kreativ Blogger Award by Danette. I like having the word nominated in quotation marks like that, it makes it look like I actually mean "sentenced to death". Anywho, the rules are:
Random thing 1 - After spending seven years (eight? eight) in French Immersion over 13 years ago, there are still certain words that come more easily in French than English. Among them: baleine for whale, and pamplemousse for grapefruit. Also, I have a tendency to say bonjour and comment ca va? instead of hello and how are you.

Random thing 2 - I love fat more than sugar. Whipped cream wins over everything.

Random thing 3 - I like Mandy Moore. Especially her hair.

Random thing 4 - I took a class in Bollywood cinema once. It was the best.

Random thing 5 - I graduated with a degree in Film Studies but never saw Citizen Kane. (Gasp.)

Random thing 6 - The next things I want are chopsticks, a giant noodle bowl, and a soup spoon. 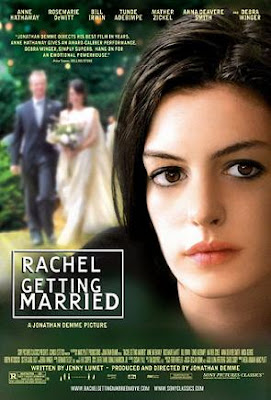 I loved it. I loved the documentary feel throughout, the fact that all music was diagetic, the fact that the camera rested on moments that twinged in me.

Rachel is getting married. Her sister, Kym, fresh out of rehab, is making amends. Kym is the kind of person who sucks everyone into her vortex of drama, and who needs attention at all times.

It is my favourite kind of film - depressing and hopeful at the same time. 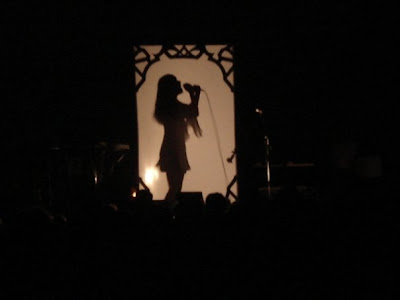 If you want me to fall in love with you, get yourself some Buddy Holly glasses. More on that later.

Friday night was a delightful night of sushi and musical interludes with the library girls (and boy). At the beginning of the term Alison saw that I liked Feist via my facebook profile (oh facebook, you do help make friends in real life!). As Alison is a very smart lady, she had bought two tickets for an upcoming Feist show before she had any friends, with the plan to use them to lure people into her web of awesome. I was the lucky luree.

So the show was Friday - at a giant stadium (I haven't been to a stadium show since I was fourteen and I went to see No Doubt and Weezer). It was really great! Feist was amazing as per usual with her ridiculously lustrous vocals. It was quite awesome to watch her on stage with a guitar being all rock-goddess-y too. She was such a little nymph - full of raw feminine. She is very fun to watch. Even better, there was a cool projection/shadow puppet-type show going on along to all of the songs, and parts of it were amazing! I loved that there was always something to see as well as hear. 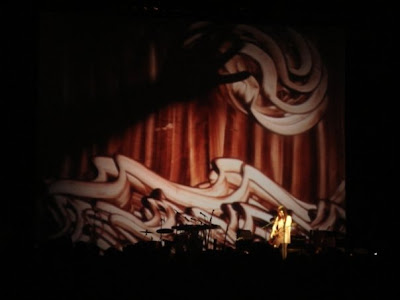 Hayden opened - and as we were watching (he has really developed nicely as an artist), I turned to Alison and asked: Do you ever develop musician crushes when you go to shows? Apparently only once.

I, however, am notorious for it (if only in my own head). I have an awful predisposition towards musicians, especially when they are on stage. At almost every show I go to there is at least one person on stage to whom I am eternally devoted for the night. I am not a groupie. I don't go find them after or anything. But anyways.

The logical progression to this story is that I, of course, had developed a crush on one of the band members. The guitar player. The one with the vest and the Buddy Holly glasses. This was from half a stadium away.

The rest of the group had been talking about going to see Cuff the Duke play at the Seahorse, and I had been skeptical of the ten dollar cover charge. I actually haven't gone to see a band play in a small venue where there won't be enough seats for a very long time. Plus, I had never even heard Cuff the Duke, although I have heard people wax poetic about them more than once. So I probably wasn't going to go. Until I found out my (pseudo)boyfriend would be there. Nothing gets me to a party faster than the possibility of true love (ha).

It was amazing! The power of music and cute boys.

Cuff the Duke were really fun, and there was lots of clapping and sing-a-longing, which I love. But what I loved even more were the opening band: The Wooden Sky. Eff. They wrote and sang songs that I would love to sing. It's like when you read a novel or story, or see a movie, and you want more than anything to have created it - that's what it was like listening to them. It made me really want to be part of a band. A lot. So if you want to start a band... I want to sing. I'm sorry, I tried not to, but I do. So if you also want to be the lead singer, it probably won't work. Anyways, that was unrelated.

So yeah: I think I will be buying an album for the first time in years.

Here is The Wooden Sky:

Words and images and sounds

I just started thinking about how cool it is that modern text can also incorporate moving images and sounds. That is really really awesome!

I wonder how long it will be before we can also taste and smell and touch articles and stories.
Posted by Ange Friesen at 2:11 PM 3 comments: